Read all the news about Motion Dynamics™ Ltd 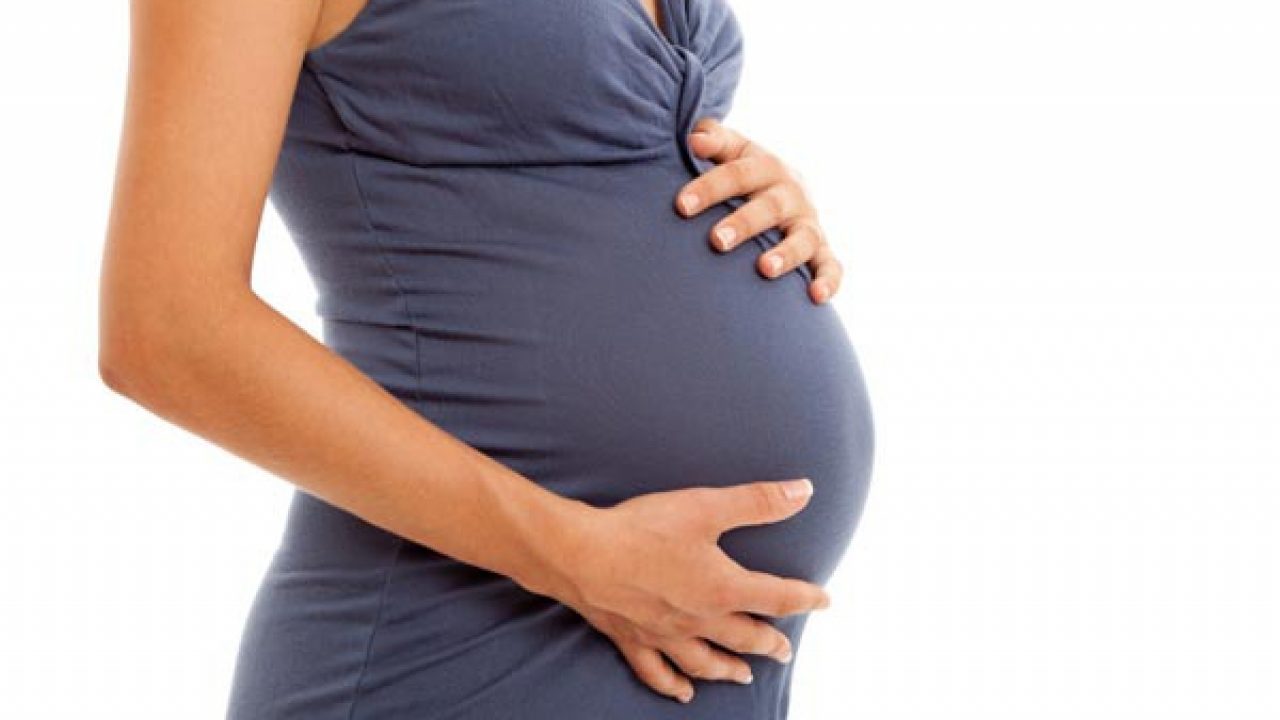 The purpose of this Case Study is to demonstrate and discuss the effectiveness of Active Assisted Isolated stretching treatment on a patient with back pain caused by pregnancy.

The client was a 38-year-old woman who experienced chronic back pain during and after her first pregnancy. The discomfort was most severe first thing in the morning. Initially, this pain was highly debilitating. The client described it as feeling as though it moved in multiple “arcs”, vertically and horizontally, across her lumbar spine. On rising, she would engage in movements that warmed the lumbar joints, and the pain would quickly diminish. The symptoms of her back pain started during the 2nd trimester of her first pregnancy. She would wake up with an inflamed and sore back at the L4 and L5 region of her lumbar spine. 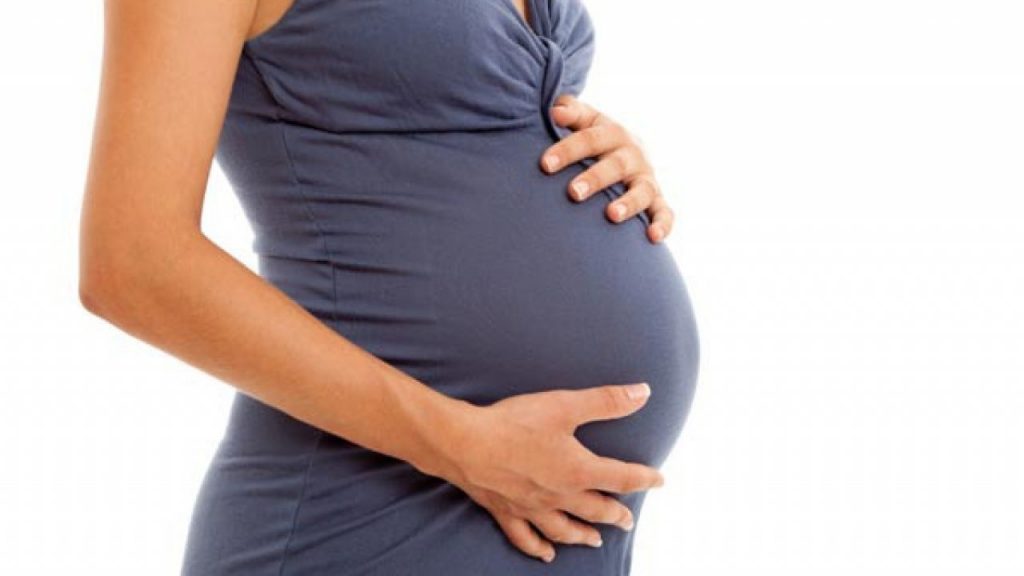 The client had been diagnosed with disk herniation with a right-side bulge and disk narrowing in L4 and 5. This diagnosis was made by her orthopedic doctor after she underwent a physical examination and performed a range of motion tests. At the request of the patient, no x-rays or MRI scans were performed at that time, due to concerns regarding the potential damage to the fetus from radiation.

The pain was localized to the segments mentioned above but did on occasion refer down the right side of her body. The client is generally very fit, engaging in Pilates classes and stability resistance training 2 times a week. She otherwise led an active life, caring for and playing with her first child on a daily basis. She also has a very positive demeanor and is very determined to stay fit and pain-free.

The back pain described above began during her first pregnancy and persisted right through to the end of that pregnancy. She still experienced back pain after giving birth to her first child, but it was much more tolerable than during the pregnancy. However, she continued to wake up with soreness and irritation in her back. Her first child is now two-and-a-half years old. It was when she became pregnant for the second time that her back pain returned with increased severity.

She came to Motion Dynamics for alignment training (postural re-balancing) on the 2nd month of her 2ndpregnancy.

On performing the initial postural assessment, it was noticeable that the misalignments were all around her hip/lumbo/pelvic structures where there was significant anterior pelvic tilting on both ilia with ensuing lower back lordosis.

The pelvis was tilted 25 degrees forward on the right side and 15 degrees on the left side, with a distinctive right dominant hip shift translating the extra weight to her right hip. The right gluteus medius and minimus were weak and hypertonic with poor range of motion in abduction (25 degrees).

The right-side rectus femoris at the AIIS origin was very sensitive to the touch as were the right-side hip flexors indicating weakness and hypertonicity to those important postural and phasic muscles groups. There was a distinctive shift or translation of her body weight to the right side with a very noticeable head tilt to the right side and shortening of her right sterno cleido mastoid muscles.

The entire spinal erectors were weak and unsupportive, and the client was incurring a lot of neck pain especially in the suboccipital region. The levator scapular on the right-side insertion point on the superior angle of the scapular had trigger points and was very sensitive to touch, as was the transverse process of C2 on the right side. 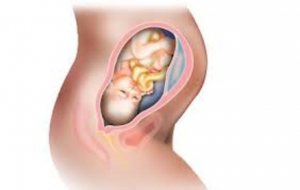 We mapped out a flexibility protocol plan for the coming weeks of her pregnancy to re-balance the client’s musculo-skeletal system. With optimal alignment and good functioning joint mechanics, we were able to have her move well and freely without restrictions and irritation. Then we addressed the muscle imbalances, especially in the lower back and gluteal muscles. These were all very weak and neurologically deficient.

We started the first trimester deconstructing some of her faulty structure and movement patterns, building a strong but balanced foundation using Active Isolated Stretching techniques to unwind the right-side muscle shortening.

I used the principle of 3 sets of AIS stretching on the right side to one on the left to help retrain the neuromuscular patterns of movement. The tightest tissues were in the Iliopsoas muscle group. She only had 5 degrees of hip extension on the right side.

Once we gained the full 20-25 degrees of extension and reactivated the gluteal and hamstrings on both sides, she was able to stand much more upright since her pelvis had shifted back to its neutral position.

The client initially found these very challenging. At the start of treatment, she was only able to perform 4 repetitions of each exercise. Eventually, we were able to build these muscles so that she could perform up to 3 sets of 10 repetitions.

The client could only perform these exercises in the first trimester due to the fact they were performed in a prone position off the table. During the second trimester, all back-stability work was performed on a mat using the isometric tabletop exercises that target the deep multifidus muscles.

Most of the pain that she experienced when we first saw her had diminished by the end of the 2nd trimester.

The 3rd trimester saw the client grow rapidly around the trunk and at one point she was carrying 38 pounds more weight. Her calves were cramping at night and she was retaining fluids around her ankle.

We used Active Isolated Stretching for her lower body, having her lie in a side position with a wedged pillow under her abdomen to provide support whilst working on her calves, hamstrings hip flexors and quadriceps, as well as her gluteus maximus.

The client gained pain relief from the Active Assisted Stretching to the point where she rarely experienced calf cramping. Her lumbar spine was aching and uncomfortable, but she had no sharp pains from the excessive forward pelvic tilting.

We used an elastic belt to help support the extra-abdominal load and I used manual therapy soft tissue release more specifically Neuromuscular (NMT) techniques to relax the lower back and make sure the lumbar vertebrae were gliding well.

I kept up the AIS flexibility and stability training right up to the final session even using AIS for the adductors to open up the pelvic floor which was fully functional in terms of range and stability. The maximal range in abduction is 90 degrees with an internally rotated hip. She was at this end range by the final session.

We found that the client really enjoyed knowing the tiniest detail of each area of progress that we were able to make. She developed a strong kinesthetic and somatic sense along the journey. Her understanding of her own positioning and center of mass was key to the client being able to subconsciously make the necessary long-term changes to help de-pressurize the joint and soft tissue structures.

The mother had a natural birth and delivered on March 26th 2019. The baby was 7lbs and 6 ounces. The birth was comfortable and, after the month of confinement that is tradition for Chinese mothers, I was able to see her at the beginning of May. She is now having a period of abdominal bandaging to firm the abdominal muscles and I will start to see her again for post-natal stability training. The focus will be on the pelvic floor and the pelvic and lumbar extensors.